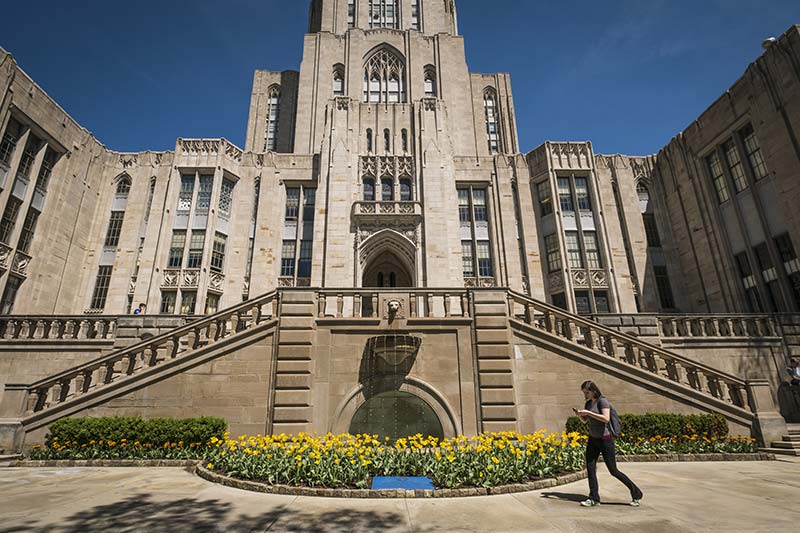 The University of Pittsburgh

The group of Prof. Dr. Guy Salama from the University of Pittsburgh, Department of Medicine, Heart and Vascular Institute and Relaxera are investigating the effects of relaxin-2 on myocyte stiffness by altering the structural protein titin in an animal model.

Titin is the largest known protein consisting of more than 34,000 amino acids in humans and plays a major role for muscle contraction and relaxation. The cardio-specific titin N2B shows hypophosphorylation in HFpEF.

Can relaxin modify the expression levels of the dominant isoforms of titin (N2BA and N2B) or the phosphorylation status? Former studies (also in humans) have shown that relaxin-2 has anti-fibrotic effects on multiple organs including the heart, and its signalling via protein kinases A and G may well target titin phosphorylation status.

The relaxin effect will be measured by (amongst others) histological examinations on myocardial fibrosis, by skinned fibre experiments, biochemical examination of titin expression and phosphorylation, and by echo examinations with assessment of diastolic function. Inflammation markers will be examined as well.

This study could further establish relaxin-2 treatment as a potential therapy for HFpEF, until now the greatest unmet medical need in contemporary cardiology .

CBL Patras, founded in 1990, is worldwide one of the largest peptide material suppliers offering proprietary and generic GMP and non-GMP peptides. Among them now as well relaxins and other insulin-like peptides. CBL is approved by European Authorities and FDA.

Relaxin-2 produced at CBL in Patras will be used by Relaxera to develop this peptide for cardio-vascular and metabolic diseases, dermatology, and other illnesses. Based on previous academic research, Relaxera has obtained trilateral (JP, US, EU) patents claiming protection for synthetic relaxin-2 for a treatment of heart failure with preserved ejection fraction and diabetes-related conditions, namely for prophylactic treatment of obese patients developing impaired glucose tolerance and prediabetes. 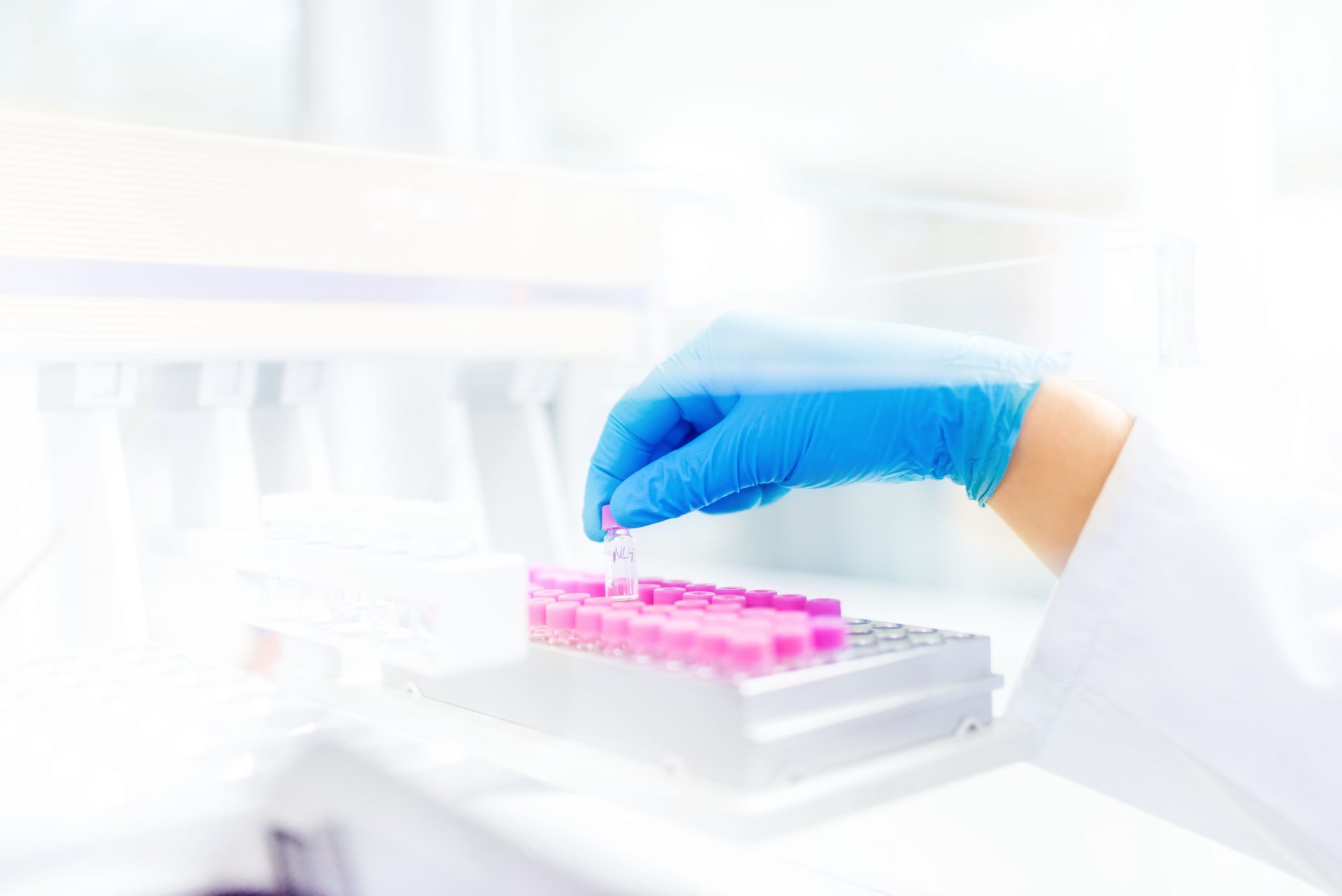 HFpEF represents a distinct sub-entity of heart failure. Like heart failure in general, HFpEF is characterized by the inability of the heart to provide, at normal filling pressures, an output adequate to meet the physiologically varying demands of the body (Paulus 2007, The Task Force 2008). This causes the broadly known symptoms like dyspnea on exertion or even at rest, edema (fluid overload), organ dysfunction, and fatigue.

HFpEF is defined by an impaired diastolic relaxation of the left ventricular myocardium (synonym: diastolic dysfunction) which hinders ventricular filling. Despite this, the systolic performance of the left chamber, dependent of active tension development, remains largely normal. The compromised myocardial compliance and relaxation can be attributed to the following:

The pathogenic factors leading to HFpEF are mostly hypertension, diabetes, and ischemia (Paulus 2007, The Task Force 2008, Wood 2011), all of which promote a chronic low-grade inflammation of the heart and the vessels (Paulus 2013).

Approximately one half of the patients presenting with heart failure symptoms suffers from HFpEF (Yancy 2006). Considering HFpEF to be particularly associated with age and the prevalence of hypertension, it is safe to say that its epidemiological relevance will continue to increase in the future. However, we have to emphasize the striking contrast to systolic heart failure (HFrEF): unlike the latter, for which a bunch of new therapeutic remedies has been developed over the last decades, HFpEF cannot be successfully treated on statistically safe grounds (Owan 2006, Paulus 2007, the Task Force 2008, Wood 2011). Though HFpEF and systolic heart failure (HFrEF) are comparably fatal (Owan 2006), there is currently no evidence-based mortality-lowering pharmacotherapy for HFpEF.

Relaxera’s goal is to develop synthetic human relaxin-2 (shRlx) for the chronic treatment of HFpEF.

Our conviction of shRlx being able to exert beneficial clinical effects in HFpEF is based on the following facts: Relaxin knock-out mice (Zhao 1999) exhibit a phenotype with cardiac, renal and pulmonary fibrosis in males and delayed pulmonary fibrosis in females. The same holds true for the knock-out of relaxin’s cognate receptor, RXFP1, in mice (Kamat 2004, Krajnc-Franken 2004). With further regard to the obvious impact of sex hormones it could be demonstrated that in female mice an additional ovariectomy potentiates pulmonary fibrosis and also induces bronchial and myocardial muscular hypertrophy (Lekgabe 2006). This allows for the conclusion that in mice, androgens and relaxin control cardiac and renal fibrosis whereas estrogens and relaxin impact on pulmonary fibrosis as well as on myocardial and bronchial hypertrophy. In man, sex hormones act very similarly, with androgens being pro-fibrotic and estrogens acting in an anti-hypertrophic manner (Bernardo 2010). Supply of exogenous relaxin recovers the phenotype of relaxin KO mice (Du 2003, Samuel 2004), both in terms of cardiac fibrosis and the related diastolic dysfunction.

Most importantly, beneficial effects of exogenous relaxin were also reported in animal models without a primary relaxin deficiency: In spontaneously hypertensive rats, an established model of hypertensive end-organ damage, therapeutically administered relaxin decreases cardiac and renal fibrosis (Lekgabe 2005); comparably, the cardiac fibrosis encountered in mice overexpressing the β-adreno-receptor is also alleviated (Samuel 2004). Transgenic mRen-2 rats, a model of renin-dependent hypertension, develop a diabetic cardiomyopathy following induction of type-1 diabetes with streptozotocin. This cardiomyopathy with fibrosis and diastolic dysfunction resembles human HFpEF, and it can be effectively treated with relaxin (Samuel 2008).

Myocardial hypertrophy, together with fibrosis the most striking feature of HFpEF, is likewise diminished by relaxin. Thus, the extent of endogenous relaxin expression in the left ventricular myocardium of spontaneously hypertensive rats correlates inversely with the degree of hypertrophy, suggesting a compensatory role for endogenous relaxin (Dschietzig 2005). Therapeutic relaxin decreases the hypertrophy seen in cardiomyocytes following challenge with typical inductors (Moore 2007).

The anti-fibroproliferative action of relaxin is well established and has frequently been reproduced (Moore 2007, Heeg 2005, Mookerjee 2009): its inhibitory effect on the signaling pathway of transforming growth factor-β (TGF), the key player in fibrosis, is of pivotal importance herein, the inhibition being executed via RXFP1 receptor, ERK-1/2 kinases, and neuronal nitric oxide synthase. Relaxin’s anti-hypertrophic properties reside in its ability to counter-act the TGF-related stimulation of myofibroblasts, which direct cardiomyocyte development via their secreting of growth factors.

Next, relaxin-2 poses an inhibitor of chronic cardio-vascular inflammation, the common final path of diabetes, hypertension, and ischemia that may eventually result in HFpEF (Paulus 2007, The Task Force 2008, Wood 2011, Paulus 2013). The peptide interferes with the early phase of vascular inflammation, the monocyte-endothelium contact, by decreasing the stimulation of adhesion molecules (VCAM-1) and chemokines (MCP-1) (Brecht 2011). Stimulated inflammatory cytokines, particularly TNF-α, impair via the induction of reactive oxygen and nitrogen species the bioavailability of nitric oxide which impacts negatively on vasodilation and myocardial diastolic relaxation – a cascade that is compensated by relaxin since it inhibits stimulated acute-phase cytokines and beneficially regulates nitric oxide synthases (Wood 2011, Dschietzig 2012).

Principles of Cooperation with Academia

For research projects with universities or research institutes we fund the direct costs of research. Depending on the nature of the organization, we may also fund additional costs like overheads in low percentage range. These costs must directly support the activity funded by the grant.
We fund salary recoveries up to 45 %.